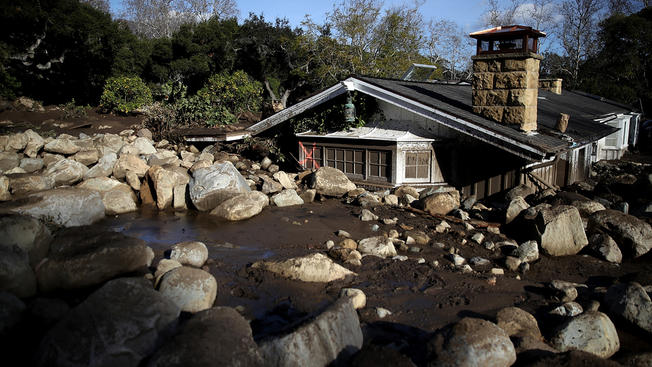 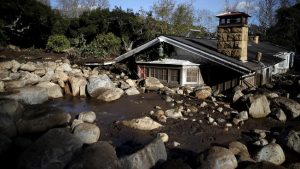 December 2017 brought with it the worst wildfire to California history. Over 281,893 acres burned over the course of 6 weeks thrust by crazy fast winds and unstoppable flames. Lives were lost, structures taken and hillsides, clear to the ocean, were scared. Thousands upon thousands were evacuated as this unstoppable fire consumed, neighborhoods, a mental hospital, and businesses in two counties. We watched the news in awe of “mother nature” and her force. Newscasters and politicians debated the new era in wildfires, siting that the California drought is the cause, or perhaps it is the new social reforms about land management that are at the root of the problem, or maybe it is global warming/climate change. Whatever the reason, we are surly seeing at new wave of fires consuming land masses and homes in California, north and south, like never before. It is captivating to watch and scary to behold.

We needed water to extinguish the blaze and California is at an all time low. Before the fire was even 100% contained the rains did come. The heavens opened up and dropped 1 inch an hour on one of the hardest hit burn areas. With no vegetation to hold the water back the hillsides came down in horrific, torrential flows into the same neighborhoods that had just weeks before been told to evacuate.

The man being interviewed was covered in mud; he appeared live on facebook with mud smeared all over his face and glasses. He told his story of the loud freight train like sound as the boulders came crashing into his home and he and his wife scrambled up the stairs to their second story and out the window to their roof. When they were able to climb down, they waded through chest deep mud to see if their neighbors were ok. He heard a baby crying. He followed the sound and was able to pull a baby out of the four-foot deep mud. With tears streaming down his face, his wife standing in silence next to him, he told us that he cleared the mud out of her mouth and handed her off to paramedics — she was alive, but he didn’t know how she was. The news reporter paused and finally asked the question that was racing through my mind. “What did you think about the warnings yesterday to evacuate?” You see, for 24 hrs, the forecasts showed that this area was going to be hard hit. The fire department knew it, the sheriff’s department knew it, the meteorologist knew, and the geologist knew that people needed to leave. They put mandatory evacuation notices on the news. They went door to door. Everyone was warned. The muddy man and his silent wife paused and then he finally said, “They got it right. They absolutely were right, they knew this was going to happen.” Part of that interview went viral, the part about saving the baby – as it should, and that was amazing. But nobody is talking about the part where all of those people were told to leave their homes and didn’t! In another report by NBC a shaken women tells the reporter, after hearing what sounded like a jet crashing into her house, then watching it blow up into flames and her family barely escaping death, she said she was kicking herself that she didn’t heed the orders to evacuate before the rains hit. She said she felt “like the biggest idiot that I didn’t evacuate.” Also, according to that same article she said part of the reason they didn’t evacuate when they had the chance, was because her 12-year-old son had the flu and because they’d been forced to flee the house a few weeks earlier when it was threatened by wildfires.

“My husband wanted to stay to protect the house,” she said, adding that their girls were staying with friends. “We thought we could handle the water. If we got wet, if we got muddy, we were prepared for that. … I don’t think anybody had any idea how bad it would be.”

Why do we do that? Why do we make up our own minds about what we are going to do based on our feelings and not what the experts think? You see these poor people had already been evacuated several weeks before because of the fires. Their lives had already been disrupted. They could see the trails of damage the fire had been making and they believed that they could be next. But they were tired, frustrated, and perhaps they were evacuated and nothing happened to their neighborhood so they distrusted the authorities this time. Do we do that in life or death situations? Some of us do and we don’t even know it.

Let’s go back to Noah. God told Noah to build a boat. Well not just a boat per say, but a vessel the size of which had never been seen before. God was specific in its details from the type of wood, width, height, length, all the way to its contents. God warned Noah of what He was going to do, and surprisingly Noah listened. I have to say that I honestly don’t think I would have listened. I would probably argue with God and tell Him that it has never rained like that before, doubting Him because it has never happened before— therefore, it never will. I would have argued about the size of the boat, because I would be convinced that I wouldn’t need anything that big. I would have argued about the contents, because I didn’t know how to find that many animals or how to handle them. I would have argued about the people I was to take with me, because it didn’t include all my friends. I would have argued also that all the people watching were going to make fun of me and my feelings would get hurt. Also, I am a procrastinator so; my construction process probably wouldn’t have started until I could see the deadline in sight – rain clouds and sprinkles. That’s how I roll. Late to every party, defending my reality, and trying to believe I know more than the experts… or at least I know just as much as they do. The idea of, “because I have never experienced this before…therefore it can’t happen” is just as ridiculous as it sounds. Of course we all know that statement not to be true, but for some reason so many of us live our lives like that daily.

Less than a week after the devastating flash floods on the central coast of California, Hawaii residents got a scary warning via their phones that said, “BALLISTIC MISSILE THREAT INBOUND TO HAWAII. SEEK IMMEDIATE SHELTER. THIS IS NOT A DRILL.” Mass panic and hysteria happened for 38 minutes until a new text came through saying it was a mistake and untrue. It was human error. Well that mistake surly cost someone his or her job. But people understood the threat to be real because we have a crazy dictator across the ocean from Hawaii with the capability to actually launch a missile. Everyone believed the threat to be real and took action. But guess what happens next time the warning comes through. Do you act or second-guess? That’s the talk on the news now. How will Hawaii officials be able to convince their residents to take action if the real deal happens, since we misled them the first time? Well yeah, duh. They’ve got a real problem. If the officials are right in the predictions, we love them. If they are wrong, we distrust them. Can they be trusted to tell the truth? What’s their track record?

I guess I learned my defiance from my father. When I was 7, living in the Los Angeles basin in 1971, we had a 6.7 magnitude earthquake. We lived about a mile south of the Lower Van Norman Dam. The walls of the dam were compromised and we, along with tens of thousands of downstream residents, were told to evacuate. The police cars drove up and down the streets with loud speakers telling everyone in our neighborhood to seek higher ground and leave immediately. My dad had relatives outside the evacuation zone so we all went to live with them for several days until the authorities said we could return. Well, I say “we” but my dad wouldn’t leave. He sent us off to safety, but he was staying to protect all our earthly possessions. Mass evacuations mean a chance of looting and my dad wanted to protect our stuff. He stayed with his arm in a cast (from an earlier surgery), his gun, and his motorcycle. Even at 7 I remember thinking it was crazy that my dad would defy the experts. That he would disobey the police and the dam inspectors that said they dam could burst. I remember thinking that it would be pretty crazy seeing my dad out run the rushing waters driving his motorcycle with one arm. I certainly never once thought he did it out of bravery, although he probably thought he was showing bravery. I just thought it was odd.

What are we protecting when we ignore, or stand in defiance against, the warning signs? Material goods? Pride? Our freedom? Our right to have our own way? Or perhaps you just have an invincible view of your life? The fact is that no one escapes death. We will all die and come face to face with our creator. You can choose to believe that or not. If I look through the book of Life (the Bible), I come face to face with a God that is faithful and true to every word ever He’s ever spoken. If He gives a warning, it has either already come to pass or it will. I can fully trust that if He has said it, it will happen. Oh I can argue my point, but that will NOT change the facts or the truth. If I could change God’s mind then He wouldn’t be much of a God that I could trust because someone else could also change His mind. The God of the Bible is the same, yesterday, today and tomorrow. He never falters. He is absolutely trustworthy. He’s not going to text you a warning to take cover then text another one and say, “JK (just kidding). My angel pushed the wrong button before he clocked out for the day” No, he’s not messing around in Romans 1, 2, or 3 when He tells us what kind of life we need to avoid. He’s warning us to protect us. Not to take away our freedoms, but to give us eternal freedom. Not to punish us, because we have to walk away from our “stuff”, but to grant us new life in spite of our baggage. He warns us to live set apart, to live differently, to be Holy because He is Holy. Not to take away our fun, but to lessen our scars and bring us eternal glory.

Someday, you will stand before God in your own personal interview. Will you be able to say, I heeded the warnings my Lord and Savior. They didn’t always make sense to me, but I knew I could trust you, because you love me. Or will you be kicking yourself all the way to hell, wishing you had listened as everything thing around you is being destroyed.